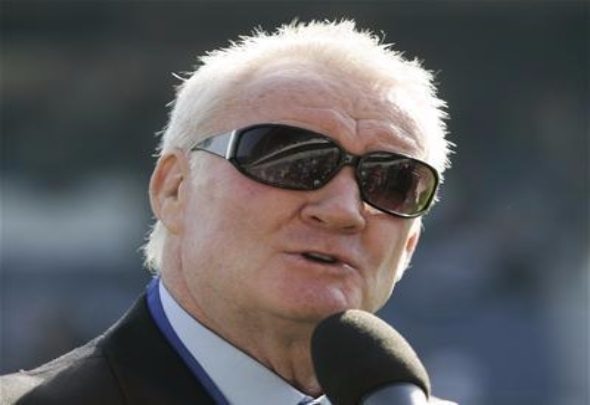 Rodney Marsh has shared on Twitter that he believes Liverpool are better than both Manchester City and Manchester United.

The two Manchester clubs met on Wednesday evening  in the fourth round of the EFL Cup at Old Trafford.

However, the two teams with Premier League title aspirations unimpressed with the score line resulting in a 1-0 win for United after 90 minutes with little quality on display.

Former footballer Marsh, who was watching the game, claimed that the two teams were poor on his personal Twitter account, stating that the Reds were better than both at the moment.

>Both teams poor as piss …Liverpool better than both at the moment….

Liverpool are currently sat in third place in the Premier League table, level on points with Manchester City at the top of the league and six points ahead of fierce rivals Manchester United.

Liverpool have already played United this season at Anfield, where Jose Mourinho’s team held them to a 0-0 draw, while they are set to face Pep Guardiola’s Manchester City on New Years Eve.

The Merseysiders are looking to return to the Champions League this season and anything else would be considered a bonus.

They finished in a disappointing eighth place in the last campaign and with a lighter fixture load without European football, they could push further and mount a title challenge, similar to the 2013-14 campaign.

In other Liverpool news, the Reds and Manchester City will fight it out in January for young star Ante Coric.