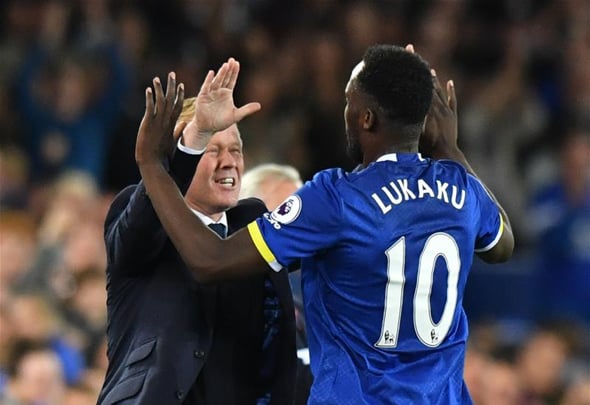 Romelu Lukakua has Tweeted “new week new objectives” before Everton take on Chelsea in the Premier League on Saturday afternoon.

The Goodison Park outfit are set to travel to Stamford Bridge for BT Sports’ evening kick-off, which sees Lukaku return to his old home.

The two clubs last met in March in the FA Cup, which saw two goals from Lukaku in a 2-0 victory at Goodison Park.

Now set to face his former club again, star striker Lukaku has aired his anticipation ahead of the game on his personal Twitter account.

The powerful 23-year-old left Stamford Bridge and Chelsea in the summer of 2014, following a successful loan spell.

He became the Toffees record signing at £28million and has proven himself as a magnificent investment after struggling to settle in London, playing 15 times and failing to score.

He has been in fantastic form for Ronald Koeman’s team this campaign playing in 10 fixtures and scoring seven goals.

Lukaku bagged in Sunday’s 2-0 victory over West Ham, as the Toffees turned around their recent poor form, which had seen them go five matches without a victory in all competitions.

By contrast, Chelsea are currently in impressive form under manager Antonio Conte with just one defeat coming from their last five matches in all competitions.