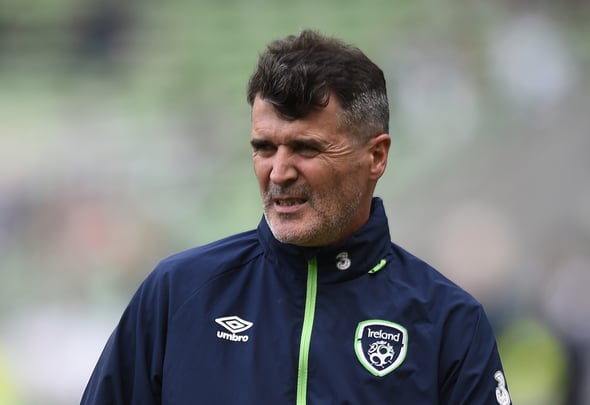 Roy Keane has boldly claimed that Everton defender Seamus Coleman will be as much of a loss to the Republic of Ireland as Gareth Bale will be to Wales.

Ireland and Wales meet each other in the final group clash in the World Cup qualifiers next Monday as they both look to secure their place in Russia next summer.

However they will be doing so without two of their regular players in Everton’s Coleman and Real Madrid’s Bale.

Shockingly, Ireland assistant boss Keane has claimed that the right-back’s absence is comparable to that of Bale’s, even though the La Liga ace is widely seen as one of the best players on the continent.

“We are missing Seamus Coleman and he is as big a loss to us as Bale is to Wales,” said Manchester United legend Keane, as quoted by the Liverpool Echo.

Toffees ace Coleman is undoubtedly an important player for Ireland, but his influence at right-back will be nowhere near that of the influence that Bale has in the Welsh squad after he helped them go above and beyond expectations at Euro 2016 in France last summer.

The Goodison Park full-back is currently recovering from a broken leg which he picked up last time he played against Chris Coleman’s Wales after he was on the receiving end of a shocking challenge by Neil Taylor.

In other Everton news, Keane has also aimed a subtle dig at the Toffees over their management of this player.