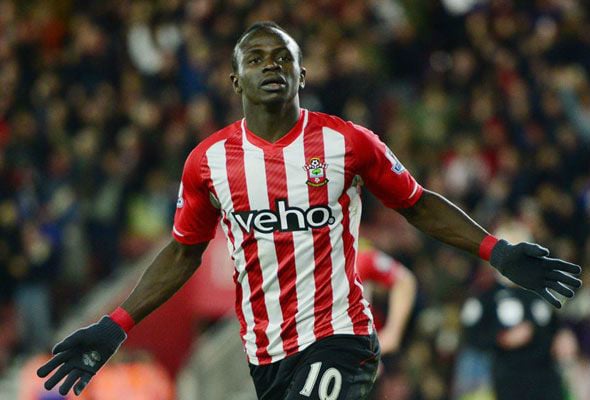 Liverpool fans could get their first chance to see Sadio Mane in action for the club within less than a fortnight.

The Senegal winger is set to undergo a Liverpool medical on Monday after the club’s £30million bid was accepted by Southampton.

A deal is now likely to be tied up within days and Mane will be imminently be confirmed as the third most expensive signing in the club’s history after Andy Carroll and Christian Benteke.

Mane has staked his claim in the last two years to be one of the outstanding wide players in the Premier League and will provide Liverpool with a much-needed goal threat from an attacking midfield position.

Manager Jurgen Klopp is set to have Mane on board for the start of pre-season – Liverpool’s non-European Championship players report for work on 2 July – and he could even make his debut in the first pre-season game at Tranmere on 8 July.

The match is just 12 days away and the six-week build-up to the 2016-17 season will give Mane plenty of time to acclimatise to his new surroundings.

The 24-year-old will become Liverpool’s fourth signing over the summer after Joel Matip (free from Schalke), Marko Grujic, whose £5m switch from Red Star Belgrade was agreed in January, and goalkeeper Loris Karius from Mainz.

In other Liverpool news, the Merseysiders have tabled a £7million bid for a Premier League wonderkid.