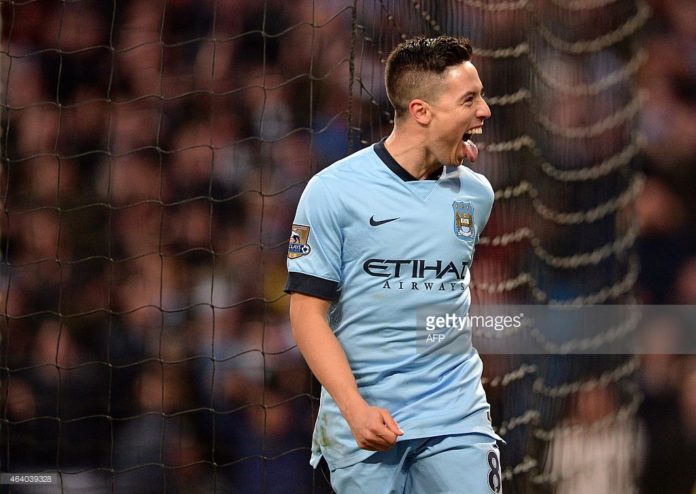 The Manchester City star asked Wenger if there was any possibility he could re-join the club he left in controversial circumstances in 2011.
But the Gunners manager told his fellow Frenchman there is no place for him in a squad already well stocked with attacking midfielders.
Football Insider has learned that Nasri is unsettled in Manchester and wants to leave Manuel Pellegrini’s team, with a return to London his preferred destination.
Nasri, who turned 28 last month, has claimed his future is “up to the manager” at City as he has four years remaining on the contract he signed in 2014.
The club return for pre-season training next week with Nasri set for talks with Pellegrini following a frustrating 2014-15 campaign in which he produced only occasional flashes of his potential.

Nasri has continued to speak warmly of Wenger in interviews despite leaving Arsenal in a £25million deal in 2011 just weeks after Cesc Fabregas departed for Barcelona. Wenger later revealed how his fellow Frenchman – and others – had “destroyed” his plans for a bright future in north London.
“Yes, I speak to him,” Nasri told FourFourTwo about the manager who signed him from Marseille aged 21. “I’m close to Arsene Wenger, I’ve always said he is my football father, and I wouldn’t just say that.
“He did a lot for me; he made me the player I am and is someone who’s been really important for my career. So I have a good relationship with him, he is someone I will always respect because he deserves it. For me, he’s been the best manager I ever had in my career, so I have a lot of respect for him.”