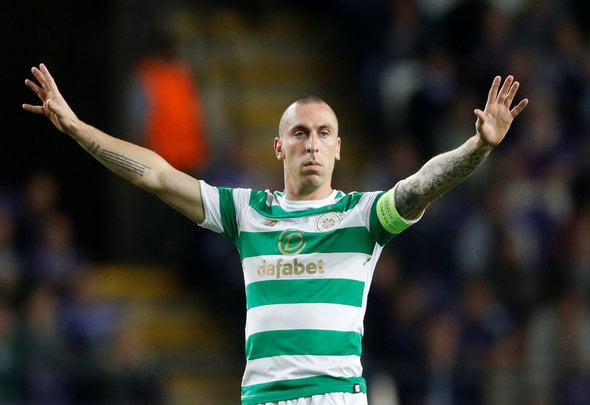 Celtic captain Scott Brown is reportedly set to continue his Scotland career on condition that Gordon Strachan remains as manager – and the Tartan Army aren’t impressed.

Brown came out of international retirement earlier in the World Cup qualifying campaign as the Scots came agonisingly close to a playoff place.

The Celtic star had ended his international career last summer after a series of niggly injuries impacted his club career but has been in the best form of his career in recent months.

Despite Scotland coming so close, many fans want to see Strachan removed as manager when the Scottish FA meet on Thursday to discuss his future.

The Daily Record report that Brown would stay on if Strachan remained as the Celtic skipper is convinced the Scots will qualify for Euro 2020.

Can you imagine a current Wales or N.Ireland player making that sort of ultimatum? There's no pride in playing for Scotland right now.

Never mind loyalty to Strachan where’s his loyalty to his country ? He doesn’t wanna play for us then get rid, disgraceful attitude

Shouldn’t matter who manager is. Representing your country should be enough for any professional footballer

Getting too big for his boots.

Brilliant, we can get rid of both failures at once #twobirdsonestone

If the price for having Scott Brown stay on with Scotland is we have to keep Gordon Strachan then I’m afraid Scott can retire. #gtf

Brown has won 55 caps for Scotland since making his debut 12 years ago against the United States.

With Euro 2020 set to be hosted at stadia across Europe, including Hampden Park, Brown could bring his international career to an end after leading the Scots out in their first major competition in over 20 years at the home of Scottish football.

Scotland have failed to qualify for any of the last ten major tournaments since taking part in the 1998 World Cup in France.