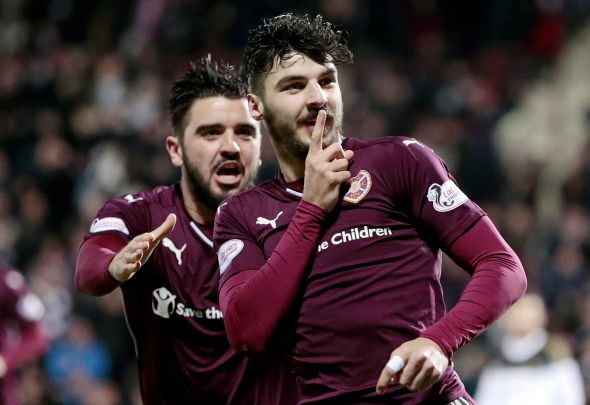 The 21-year-old already has a wealth of experience in Scotland, occupying the Jambos’ right-back role for the past four seasons.

The Scottish Sun have claimed that Celtic are interested in the Scotland international, who made his debut against Italy in May, but claim English clubs will be monitoring him too.

Paterson, who made his debut for Hearts at just 17-years-old, is integral to the Hearts side but could be available on the cheap with just 12 months remaining on his Tynecastle Stadium deal.

The Jambos could be entitled to compensation if they were to keep him for the final 12 months of his deal and allow him to leave at the end of that deal.

However, it seems they will be willing to sell if the price is right. The Hoops are keen to bring in a right-back after failing to replace the sale of Adam Matthews who joined Sunderland last summer.

The young right-back has already made 117 SPL appearances, and his defensive solidarity could be just what Celtic need as they look to retain the domestic title.

Manager Brendan Rodgers has made three signings so far, bringing in young stars Moussa Dembele and Kristoffer Ajer, while setting up a reunion with Liverpool veteran Kolo Toure.

In other Celtic transfer news, this defensive target has said he is happy to stay at his current club.