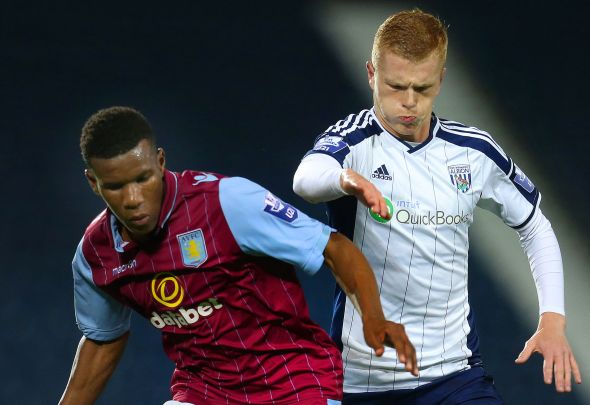 Calder spent the last two months of this season on loan at Doncaster, but couldn’t prevent the Yorkshire club being relegated to League Two.

Talking to the Sheffield Star, Ferguson said he was impressed by the 20-year-old in his spell and is hopeful of a reunion.

“We’re going to try to get a player in on loan and if we can, Riccardo Calder will probably be the one,” Ferguson said. “He knows what we’re all about and I think he’s keen on coming back to us.

“We’ll have to wait and see on that one. With Richard Chaplow going, it leaves a space that needs filling.”

Calder progressed through the Aston Villa youth system and signed for the club aged 18 in 2014.

The former England under-17 international is primarily a left midfielder but can also play in central midfielder and on the left side of defence.

Calder made 12 appearances for Rovers, operating within a midfield diamond and also at left wing back.

Aston Villa and boss Roberto Di Matteo are expected to have a big overhaul of the playing squad this summer, with the Italian hoping to form a tight knit group as they bid for an instant return to the Premier League.

They were relegated in the wake of a dismal campaign, eventually finishing 17 points of safety at the bottom of the top-flight.

In other Aston Villa news, their former striker has agreed a move to join a London club.