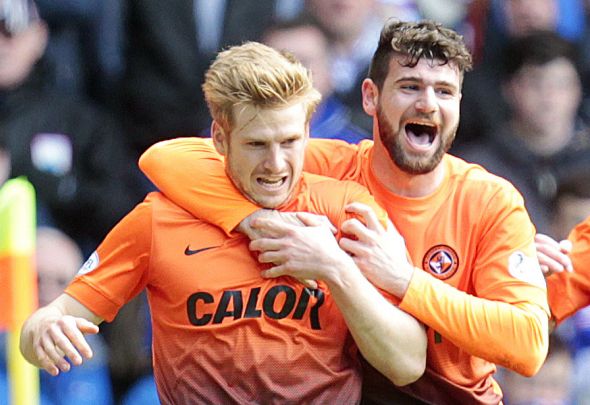 Celtic duo Nadir Ciftci and Gary Mackay-Steven are on the radar of Dundee United, according to a report.

The attacking pair, who both operate on the flanks, are out of favour at Celtic Park and are yet to start in any of the Hoops’ competitive matches this season after falling down the pecking order.

The Evening Times have reported that Scottish Championship club Dundee United are keen on signing one of the Celtic duo on loan deals, as manager Ray McKinnon looks to bring the two fan favourites back to Tannadice Park.

Versatile midfielder Mackay-Steven has three years left on his Parkhead deal, and appears to be surplus to requirements under Rodgers despite making 37 appearances for the Hoops last term.

Turkey Under-19 international Ciftci has made one substitute appearance during Celtic’s Champions League qualifying ties, but was loaned out last season to Turkish side Eskişehirspor.

In other Celtic transfer news, this Manchester United defender could move up north to the Scottish Champions.