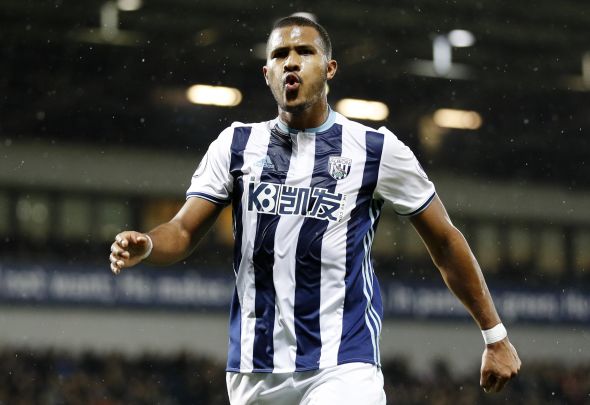 Everton and West Brom will do battle at Goodison Park in the Premier League on Saturday afternoon in a critical clash for both sides’ European prospects.

The two sides are relatively evenly poised in the league table headed into the tie, with Everton, in seventh, holding a four-point advantage over the visitors with 11 games remaining.

Football Insider delivers an insight into Everton’s latest opponents, ahead of Saturday’s tie, and names the three players they should watch out for in their quest for three points – and a seven-point buffer between them and their visitors.

Arguably the main threat in the West Brom camp, Nacer Chadli provides both a goalscoring and an assist threat. The 27-year-old has five goals and four assists from his 22 Premier League appearances this term, and has proven to be very effective in the wide areas for West Brom. Everton have two very strong full-backs in Leighton Baines and Seamus Coleman, but they will need to have their wits about them to deal with the threat from Chadli. The former Tottenham man is also in decent form, contributing two assists and a goal from his last four outings. He will be a considerable threat to Everton on the counter attack, and if Ronald Koeman’s side do get caught in the final third, they will need to ensure that the ball does not end up at the feet of the Belgian.

Having failed to find the back of the net in any of his last 11 Premier League appearances, it could be argued that Salomon Rondon does not pose much of a threat to the Everton defence. However, underestimating his influence would be a costly error on Everton’s part, and they must treat him as they would any of the Premier League’s top strikers. Rondon has seven goals to his name, including a hat-trick against Swansea, but has a much wider influence for West Brom in the final third. His ability to hold up the ball allows the likes of Chadli and West Brom’s other wider players to feed off the Venezuela striker and create chances of their own. He should be shown just as much respect as West Brom are likely to do with Romelu Lukaku.

Another key figure for West Brom over the years has been Chris Brunt. The 32-year-old has been deployed in a variety of positions this season, including at left-back and in his favoured left-wing role. However, in recent weeks, he has been used on the right-wing, and if he retains that role against Everton, the Toffees will need to be aware of him cutting inside onto his powerful left foot. He can strike the ball with tremendous power from long-range, and his delivery from set pieces and crosses will also be cause for concern. If Everton can eliminate the threat of Brunt, it would go a long way to ensuring they come through the tie with the result they want.

In other Everton news, forget Liverpool and Manchester United, this clash will be the most important tie of Everton’s season.