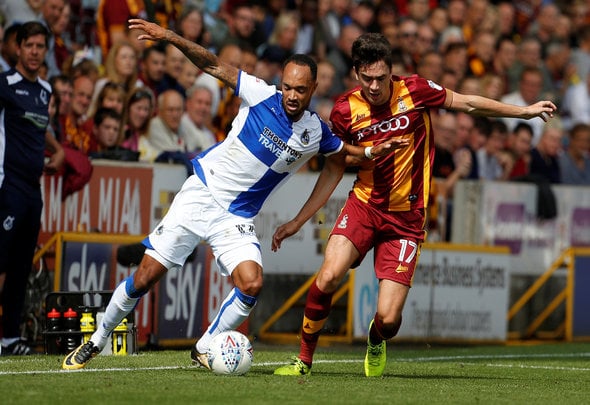 Newcastle United winger Alex Gilliead is being lined up for a winter move by a trio of English sides which include fierce rivals Sunderland, according to a report.

The Chronicle claim on their website that the Black Cats have been joined by Hull City and Millwall in scouting the 21-year-old winger while playing on loan for League One side Bradford City, where he has made 20 appearances this season, scoring once..

The youngster is on a six-month loan with the Bantams which expires in January, and he could make the step up to England’s second tier on another temporary deal.

The versatile attacker, who naturally plays on the right flank but can operate on both the left and up front as a striker, is yet to make a senior appearance for the senior side at St James’ Park, but has made five outings for England’s under-20 side.

If young Gilliead is catching the eye of Championship sides, then he must be doing something right. Newcastle need to find the right balance of game time, quality of the opposition and the right approach from the manager when sending their young talent out on loan, in order to ensure they get the best development they can. Strengthening fierce rivals Sunderland might seem as a strange approach, and not one which would be well taken by the Toon Army, but Chris Coleman has experience of international management and could play a crucial role in bringing the very best out of the youngster. Plus, he will be closer to home, and that feeling of being settled could make a huge difference to his approach.

In other Newcastle United transfer news, a report has revealed a crucial update on a proposed swap deal for a Champions League hot shot.