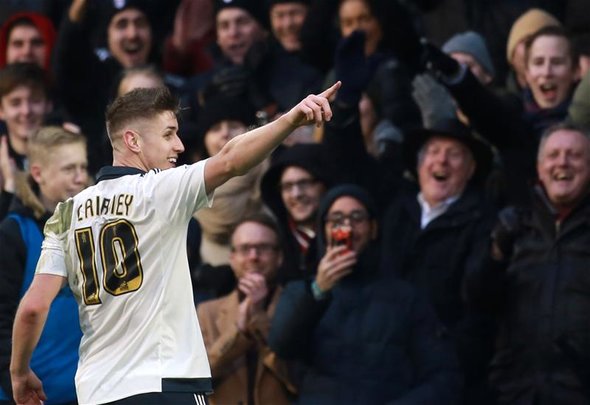 The 26-year-old lined up for his side on both occasions, playing the full 90 minutes and even bagged the all important equaliser for his team in the first leg at Craven Cottage.

However, he was ultimately unable to stop his side from crashing out of the play-offs on Tuesday and after earned a 1-0 win at the Madejski Stadium Fulham’s promotion hopes were ended.

Fans of the Yorkshire giants were noticeably happy on Twitter that the London club were defeated on Tuesday despite past grievances with Reading manager Jaap Stam and they have also targeted former youth player Cairney following a few comments made about Leeds through the season by the one-time capped Scotland international.

A number of Leeds supporters on social media were keen to point out to Cairney that they would be seeing him next season, while others simply took to mock him.

Real shame we won't be watching @ThomasCairney and #FCC at Wembley in the play off final….. said no one ever. #LUFC

Cairney was part of the Leeds academy for nine years between 1998 and 2007 before being released at the age of 16 for being too small.

He has since forged a decent career for himself with Hull and Blackburn before starring for Fulham which has seen him return 21 goals and 18 assists in 93 appearances in total.

He could also still be on the move to the Premier League this summer with recently promoted Newcastle heavily linked with his signature.

In other Leeds news, the Whites are to pursue permanent transfers for this top-flight duo.