Alex Bruce believes Jack Grealish “could get into any” top six English side as speculation continues to grow over his Aston Villa future.

The former Premier League defender and son of former Villa boss Steve, speaking exclusively to Football Insider assistant editor Russell Edge, warned Grealish he may have to bide his time if he does get a move away from Villa Park.

The 24-year-old is in demand with several Premier League clubs, including Arsenal, this summer according to Sky Sports.

Bruce has compared Grealish’s situation to that of former Leicester City star Riyad Mahrez, who moved to Manchester City in July 2018 for £60m.

“We’ve seen it before with top players who have done well at other clubs, Riyad Mahrez did well at Leicester for example,” Bruce told Football Insider.

“He’s done very well at Manchester City, don’t get me wrong, but you wouldn’t say he’s a nailed-on starter week in week out or one of the first names on the team sheet.

“It’s something that Jack needs to bare in mind, I think he could get into any top-four or top-six club and I’ve no doubt he can something to a team with the ability he has got.” 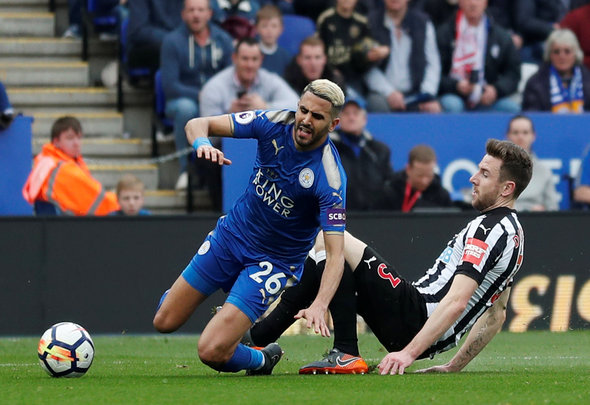 Grealish has three years left on his current Villa deal and the Midlands clubs have reportedly placed an £80million on the midfielder.

Villa may have been forced to sell Grealish if they had been relegated but his goal in the 1-1 draw at West Ham on Sunday kept them in the Premier League.