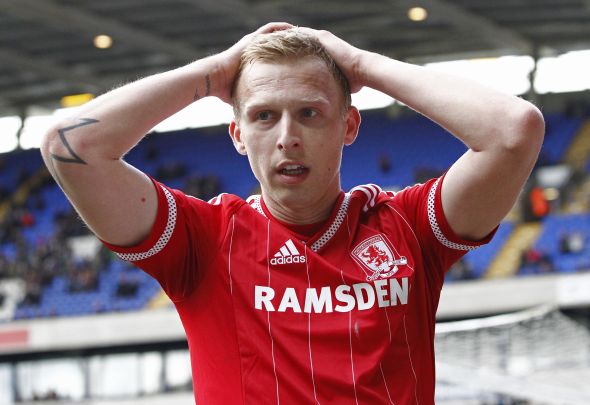 Ritchie De Laet has expressed his disappointment on Twitter after revealing that he is set to miss the remainder of Aston Villa’s Championship season through injury.

The 27-year-old right-back took to his personal Twitter account on Friday afternoon to inform supporters that he will miss the season after damaging ligaments in his knee.

“Absolutely gutted that I’m gonna miss this season,” De Laet wrote on his personal Twitter account. “But I’m sure the boys will turn it around and get us up there.”

I've done some ligaments in my knee

Roberto Di Matteo had earlier stated that the right-back may require surgery after leaving the field injured during the second-half of Villa’s 1-1 draw with Brentford on Wednesday night.

He has made three appearances for Di Matteo’s side this season, but the Belgian has now seen his season crushingly cut-short.

It now means either Leandro Bacuna, Micah Richards, Alan Hutton or James Chester will fill the void at right-back.

In other Aston Villa team news, Paul McGrath has vented his anger at the club’s players.