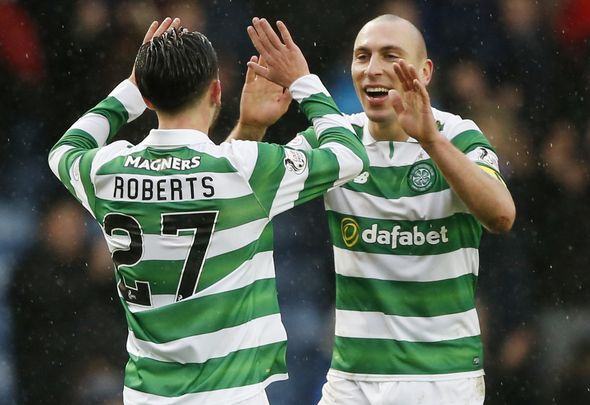 Celtic captain Scott Brown wants Scotland fans to turn out in their thousands as they welcome Slovenia to Hampden Park on Sunday, and says a win is a must if his dreams of appearing for his country in a major tournament are to be realised.

Brown is one of the senior figures in both the Celtic and Scottish first-teams and many of the younger players will look to the 31-year-old for guidance.

The Celtic midfielder is the second most capped player in Strachan’s set up after West Bromwich Albion captain Darren Fletcher.

With 51 caps to his name, Brown understands his seniority in the Scottish set-up.

“I think we need to try to make it a positive atmosphere again, and bring back the good times to Scotland.

“This is a huge game for us, and here’s hoping the fans come out in their thousands and support us.”

Brown has been ever-present in Brendan Rodgers’ plans this season as the Bhoys remain undefeated in domestic competition but he acknowledges this could be his last shot at featuring in a major international tournament.

“This is my last chance so I need to make sure we give everything.”

Gordon Strachan’s side could make a massive leap up Group F of the 2018 World Cup qualifiers if they were to manage to grab three points against the travelling Slovenians.

Scotland could rise as high as third in Group F if they win but a second-place finish would only secure them a play-off match as only the top spot guarantees automatic qualification for the World Cup in Russia.

Brown is joined in the Scotland squad by Celtic teammates Craig Gordon, Kieran Tierney, Stuart Armstrong, James Forrest and Leigh Griffiths although none of them starting in Wednesday night’s draw with Canada.

In other Celtic news, Henrik Larsson has talked about returning to the Hoops.