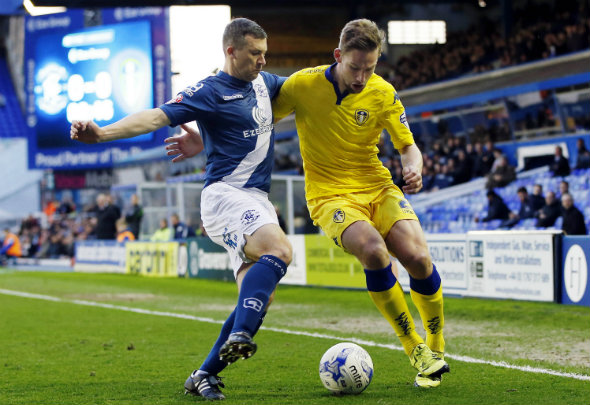 Charlie Taylor could be set to sign a new contract at Leeds despite ongoing interest in the 23-year-old, according to a report.

The left-back has been the subject of constant interest this summer and Leeds’ 2015/16 Player of the Season has less than 12 months remaining on his Elland Road contract.

But, according to The Sun, that could be about to change as the Yorkshire giants are preparing a new offer to keep him away from the clutches of Premier League sides Bournemouth and West Ham.

Contract talks for Taylor come as a surprise after summer-long interest in the left footer saw Taylor hand in a transfer request at Elland Road, which was subsequently rejected.

Earlier in the summer, the Yorkshire Evening Post claimed that Eddie Howe’s Bournemouth were ready to rival Liverpool and West Brom for Leeds’ academy graduate, with The Sun claiming a bid of £8milion would be enough to land Taylor.

Taylor has made the left-back slot his own at Leeds and has seen out the full 90 minutes in all 10 of Leeds’ domestic encounters this season.

Leeds fans will now be hoping that Taylor can be tempted to settle at Elland Road as Garry Monk’s side aim to chase down a playoff place.

In other Leeds transfer news, the club moves a step closer to completing this £3.6million deal.