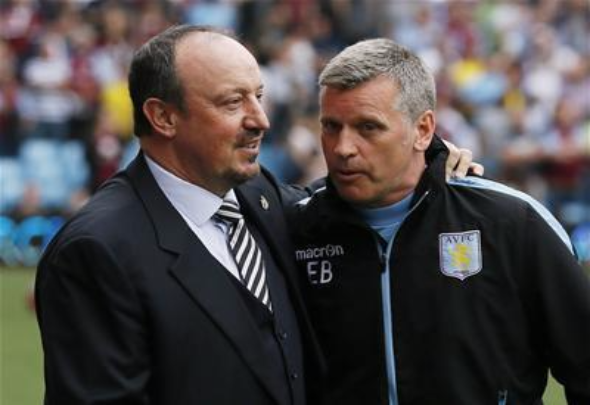 The Saints announced on their official website that Black will assist the Frenchman on the south-coast.

French-speaking Black endured a torrid time in the recently concluded Premier League season when he took charge of the Midlands club for the final few months of their campaign.

The Scot was handed the reins after Remi Garde left the club by mutual consent, but he was unable to prevent their inventible relegation into the second tier of English football.

During his time at the club, Black was highly criticised for his team selections and was left helpless as the Midlands club equalled their worst ever run of successive league defeats.

The 52-year-old has previous coaching experiences at Championship side Birmingham City and League One outfit Coventry, but it is his time at Villa Park which he will be remembered for the most.

Puel takes charge at St Mary’s after the departure of Ronald Koeman to Everton and Black will be hoping to build upon the strong work produced by Koeman and his backroom staff.

Southampton’s Executive Director Lees Reed was full of praise for the former Villa man who he believes brings a vast amount of knowledge and experience.

Executive Director of Football Les Reed said: “Eric Black has an excellent pedigree as a coach and vast experience domestically and internationally.”

Black will be hoping to put the nightmare of Villa’s 2015-16 season behind him and help the Saints in the forthcoming Premier League campaign.