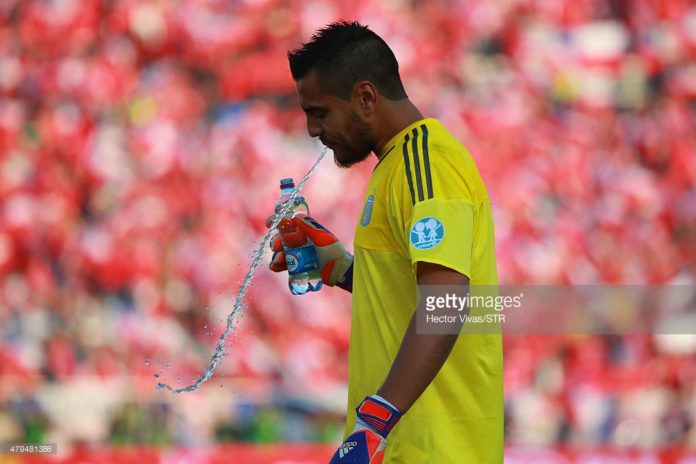 The 28-year-old Argentina international will link up with United’s squad in Seattle in the coming days, where he will undergo a medical and finalise his transfer.
Van Gaal wants Romero, who played for him when he managed AZ Alkmaar and is out of contract after leaving Sampdoria last month, to replace current No2 Victor Valdes.
Romero will become United’s fifth major summer signing, joining new recruits Bastian Schweinsteiger, Morgan Schneiderlin, Memphis Depay and Matteo Darmian.
The keeper is set to replace Valdes at Old Trafford as the Spanish goalkeeper looks for a new club following his dramatic fall-out with the club.
Van Gaal has told Valdes to find a new club after he refused to play for United’s Under-21s last season. The former Barcelona No1 is understood to have offers from MLS clubs and is set to move to the US.
This will create a new space in the United squad, which will be filled by Romero, who will challenge for the No1 spot with either David De Gea or his replacement if the Spain international completes a move to Real Madrid, which is still expected.

Romero is the current Argentina No1 and has won 64 caps for the national team. He has been without a club after his Sampdoria contract ended.