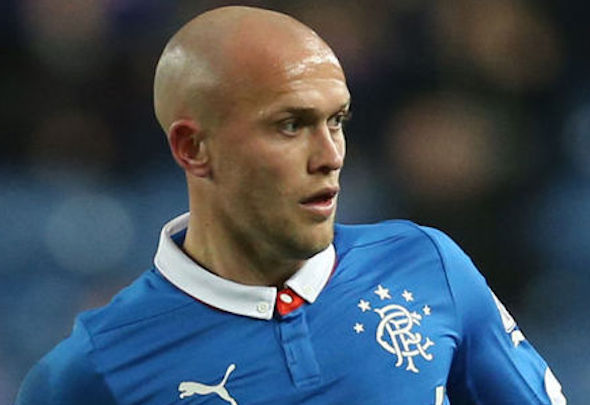 Nicky Law is on the target list of English club Sheffield United ahead of the summer transfer window, according to a report.

The Scottish Sun claim the League One club are weighing up a move to sign the Rangers central midfielder, who is a free agent at the end of the season.

The 28-year-old has always insisted that he would like to remain at Ibrox but it is said he has not been offered a new contract and now looks set for the exit door.

Law has made 26 appearances for Rangers this season and has been a useful squad player for the newly promoted Scottish Championship side, who are back in the top flight next season.

His availability has reportedly alerted United manager Nigel Adkins, who is making plans for a League One promotion challenge next season.

Law came through the academy at Bramall Lane but made only five appearances for the first team before leaving for Rotherham in 2009. He moved north of the border when he joined Motherwell in 2011.

He spent two years at Fir Park before leaving for Ibrox when his contract expired in the summer of 2013.

In other Rangers news, the club have made transfer plans after offloading four long-serving players and eight in total.