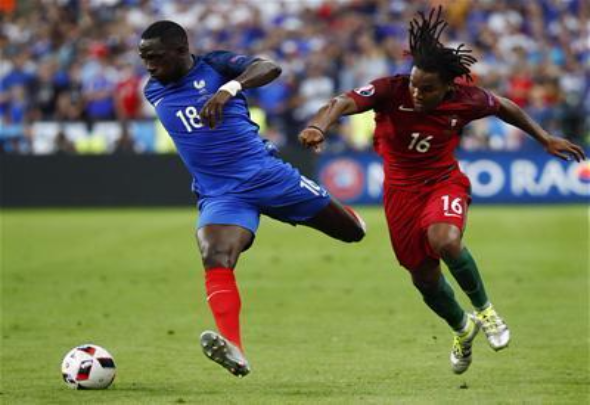 Moussa Sissoko is aiming to win the Premier League with Tottenham following his summer move.

The 27-year-old completed a £30million move on deadline-day from Newcastle and believes his new side can challenge for the title.

The midfielder made his first appearance for the north London club in the 4-0 demolition of Stoke on Saturday, being used as a second-half substitute as he returns to full fitness.

Spurs remain unbeaten in the league after the first four games and have now turned their attention to Wednesday’s Champions League clash against Monaco at Wembley.

Mauricio Pochettino’s side were rewarded with European football this season after a third-placed finish last year, and new signing Sissoko believes that the club can be successful on all fronts.

“I came here to help them so I hope we have a great season and finish top of the league,” Sissoko told the Evening Standard. “They played very well all last season. Maybe in the last three or four games they had some problems but they still did well, and they are in a good position because this is a young squad and they can progress.

“I have said for a long time that I wanted to play in the Champions League, which is why I came to this big club. I am very happy and proud to be here and I hope we have a great season.”

Pochettino boosted his squad in the transfer window with signings like Sissoko, Victor Wanyama and Vincent Janssen.

Sissoko impressed with France at Euro 2016 and eventually sealed a move to White Hart Lane but was a part of the Newcastle side which suffered relegation from the top-flight last season.

Spurs will face a huge test if they are to challenge for the league title with Manchester City, Manchester United and Chelsea all strengthening over the summer period.

In other Tottenham team news, Harry Kane gave his Twitter verdict after the club’s win against Stoke.