David Moyes has revealed that defender Lamine Kone has rejected a new contract offer at Sunderland after Everton tabled a bid.

The manager, speaking ahead of the Black Cats’ clash with local rivals Middlesbrough on Sunday, announced that the 27-year-old has turned down a new and improved deal at the club and arrived into training with a “bad back”.

Sky Sports North East reporter Keith Downie revealed the news on his personal Twitter account on Friday afternoon and quoted Moyes as saying Sunderland want Kone to stay but know they “have that offer from Everton”.

David Moyes says Lamine Kone has refused a new, improved deal at Sunderland and "arrived in this morning with a bad back."

Moyes says he made Kone the new contract offer earlier than Sept 1 to give him the security he's asked for, but he doesn't want it.

Moyes: "We hope he (Kone) sees we want him to be here. We have that offer from Everton (for him) and he knows that as well."

The Sun claimed that Sunderland had offered the Ivory Coast international a new £50,000-a-week contract to stop him moving to to the Toffees.

The north east club are trying to fend off interest from the Merseysiders, who have been pursuing Kone after being impressed by his displays in the centre of defence since his January move from French club Lorient.

In the same Sun report it claims that Moyes has already rejected a £14million bid for the defender from Everton, but this latest reveal could force the Scotsman’s hands after the experienced player had already handed in a transfer request to the club.

They have brought in Swansea captain Ashley Williams, but manager Ronald Koeman is keen for more depth at the heart of his defence.

Kone signed for the Black Cats in January following an impressive stint in France’s top tier, and impressed during Sunderland’s fight against relegation with his resolute displays at the club.

The former Lorient stopper played the full 90 minutes for Sunderland as they suffered a 2-1 loss against Manchester City last Saturday.

It is expected that Kone will miss the match against Middlesbrough.

In other Everton transfer news, Hull have opened talks with the Toffees over a loan deal for Oumar Niasse. 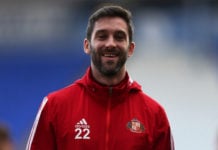 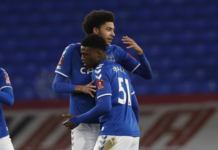