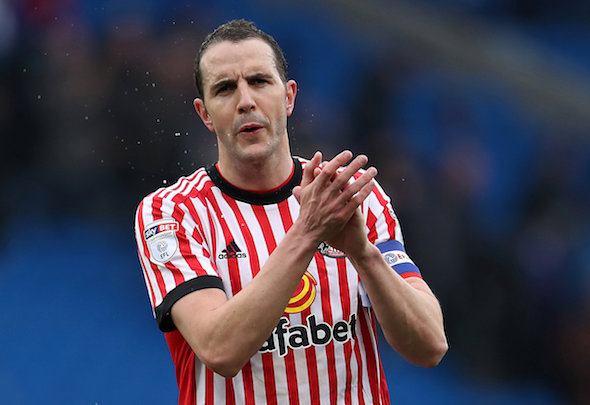 Sky pundit Tony Cascarino has claimed that Wayne Rooney has turned into John O’Shea in the final chapter of his playing career.

The Premier League great made his displeasure clear when he was substituted by Sam Allardyce at the 57-minute mark for the second consecutive match as Everton drew 0-0 against Liverpool on Saturday.

Former striker Cascarino said he fully understood the 32-year-old’s anger but pointed out that he is no longer a key man and has become little more than a useful fill-in operator like O’Shea used to be at Manchester United.

“You must not forget that Wayne Rooney’s role has changed in the past two years,” wrote Cascarino in the Times. “At Manchester United and now at Everton, he has been in and out of the team — a fringe player.

“Remember John O’Shea, in and out of the United side as they won everything in the game? Wayne, as much as he is a great player, has become that. He has reached that stage of his career. This is nothing new, though.

“As for players getting angry at being substituted early, I have no problems with that. I get that. He is just getting frustrated in his game. When you are at this stage, you start looking over to the bench to see if you are about to be replaced.

“In 2012, he was never looking over. He knew he was staying on the field. It can be difficult to play knowing that you could be taken off at any moment. The fairytale return to Everton is not working out.”

Comparing Manchester United’s record goalscorer and an all-time great of the English game with O’Shea, the 36-year-old defender who is a mainstay of the Sunderland side about to be relegated into League One is the ultimate indignity. To his credit, O’Shea has been one of the few shining lights during a desperate few years on Wearside, and he did accumulate nearly 400 United appearances after graduating from their academy. But Rooney will be unhappy at the comparison. He did reasonably well in the first half of the season, when the goals flowed reasonably regularly, but he has not scored since December and his legs are starting to go. Allardyce is blamed for plenty at Everton, but he is not wrong to demote Rooney.

In other Everton news, Farhad Moshiri is set to rip up the £115,000-a-week contract of Goodison senior ace who only joined this season.