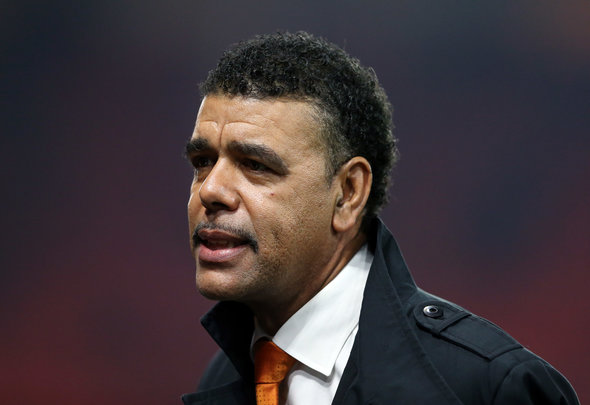 Sky Sports pundit Chris Kamara has weighed in on the controversy over Tottenham’s second goal in the 2-1 win over Stoke City by insisting that Harry Kane got a touch on the way to the back of the net.

The match winning strike, which was awarded to Christian Eriksen after he delivered a dangerous free kick goalwards, was the centre of much scrutiny both during and after the clash, after both the Dane and the English stars claimed the goal immediately after it was scored.

The controversy is ongoing, with Kane himself making a desperate plea for it to be awarded in his name, insisting it was he who had the final touch, and Kamara has come to his defence on social media, posting a photo which he alleges to support the claim.

It is a pleasant surprise that the post-match discussions are circling around who got the final touch on a goal, for it is usually a refereeing error or another contentious decision. As for this incident, there will be those who back Kane and those who believe Eriksen was deserving of the goal, but even with all the technology we have, there is no clear-cut answer. It might well throw up some questions over how the newly introduced video assistant referee system will handle such incidents, but for now, this will continue to rumble on until the next issue raises its head.

In other Tottenham news, a star enforcer has been ruled out of the crunch clash v Manchester City.