Alan Pardew will not make a return to management against Newcastle United on Tuesday night as he closes in on being named the next West Brom head coach, according to a reliable journalist.

Sky Sports reporter Rob Dorsett claimed on his personal Twitter account on Sunday night that Pardew, 56, is likely to be named as Tony Pulis’ successor at the Hawthorns by the time the Magpies travel to the Black Country on Tuesday.

However it is understood that caretaker manager Gary Megson will still be in charge against the Tynesiders, meaning that it’s likely Pardew will be sat in the stands at B71, watching over his new club – as well as his old one.

I understand Gary Megson will remain in charge of #wba for Tues game at home to #nufc, even if Alan Pardew is confirmed as new Head Coach before then. He is likely to be.

This latest major development means that the 56-year-old is very likely to take charge of his first West Brom game against Palace at the Hawthorns on Saturday.

Megson managed to stop the rot on Saturday by guiding the Baggies to a 1-1 draw with Tottenham at Wembley, but the real test is no doubt this week with big clashes against Newcastle and Palace.

Pardew now looks nailed on to take over at the Hawthorns but it’s a good move by the West Brom board to delay him taking full charge of the first-team against Newcastle. It may be a bit of a rush to get the ex-Southampton boss in the hotseat for that game, so the chance to witness first-hand the game on Tuesday night and the possibility of meeting the squad and the fans should stand him in good stead for the big game at the weekend against struggling Palace. Megson is held in high regard by the Hawthorns faithful for building the foundations on what the club currently stands on in the Premier League. A send-off for him on Tuesday – and three points – will no doubt be a good way to bow out.

In other Newcastle United news, Alan Shearer has given a huge warning about the club’s takeover. 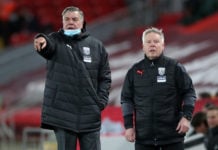 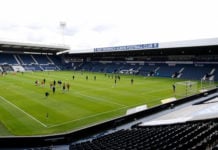