Sky Sports’ Premier Predictor has tipped Tottenham to miss out on the top four this season.

Sky Sports have run their machine, which predicts results based on form, winning margins, home advantage and strength of schedule, to look at the final Premier League table.

The final table predicts Spurs to finish fifth-placed in the league and miss out on the Champions League spots, with Chelsea, Manchester City, Arsenal and Liverpool finishing above them.

The north London club are currently fifth in the Premier League, but do have aspirations of finishing in the top four and possibly even challenging for the title.

Mauricio Pochettino’s side are currently 10 points behind leaders Chelsea but have won their last two matches against Burnley and Hull.

Spurs were the only unbeaten side in the Premier League when they faced Chelsea on 26 November, but they were defeated 2-1 at Stamford Bridge.

They have since lost 1-0 to Manchester United at Old Trafford and have lost some of their early season momentum.

The north London club are only one point behind rivals Arsenal in fourth and will be confident of overtaking them.

Spurs finished third in the league last season as they competed for the title and have managed to keep all of their star players at White Hart Lane.

Hugo Lloris became the latest Spurs player to pledge their long-term future to Spurs with a new contract on Thursday and the club are trying to compete at the top-end of the table.

In other Tottenham news, Mark Lawrenson has predicted the outcome of the match against Southampton. 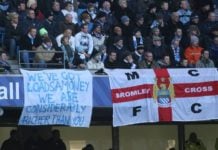