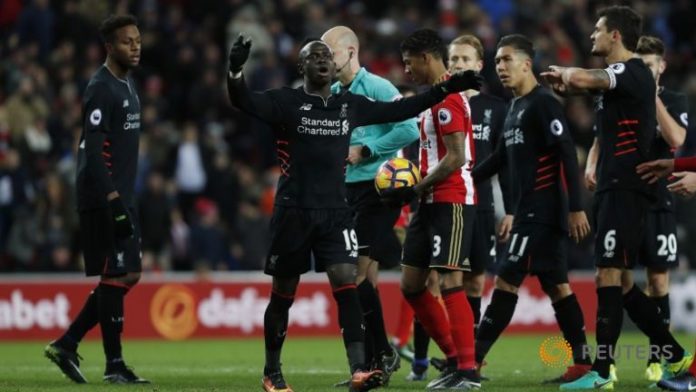 However, with the 24-year-old attacker set to travel with Senegal to the AFCON this month, Stubbs believes it is a big blow for the Reds in their title bid.

Mane has been an instant success on Merseyside since completing a £34million move from Southampton in the summer.

He has scored nine goals and assisted seven himself in 21 encounters in all competitions this season.

The attacker marked his final match before the AFCON with a goal in the 2-2 draw against Sunderland on Monday afternoon.

“It has to be Mane,” started Stubbs speaking on Sky Sports on Tuesday morning, when asked whether Liverpool would miss Mane or Sturridge more.

“He’s had the biggest impact, he’s been Liverpool’s star player this season. I think he’s given Liverpool another dimension going forward and defensively as his work rate for the team is fantastic and they’re going to miss that. As well as Sturridge now, that’s a big blow for Liverpool in the title race.”

The form of Mane has been key to seeing Liverpool placed as high as second in the Premier League.

However, league leaders Chelsea don’t look like slowing down with 13 wins from their last 13 league games and they could move eight points clear at the top with a win against Tottenham on Wednesday.

The Reds have two cup games coming up next against Plymouth and Southampton respectively, while their next league game will see them take on fierce rivals Manchester United on 15 January.

In other Liverpool news, Mane apologised on social media after the draw with Sunderland.