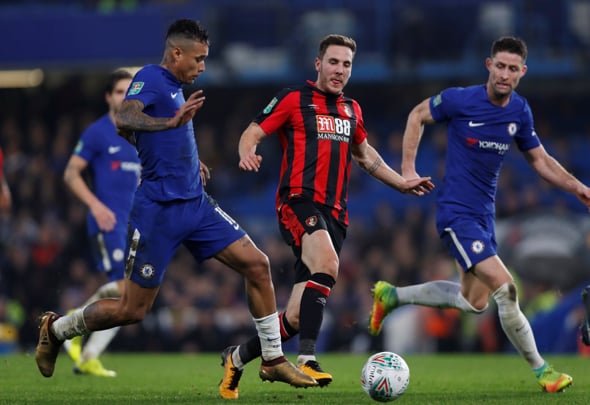 Sky Sports pundit Paul Merson has laid into Newcastle new-boy Kenedy mere hours after the Brazilian swapped London for the north-east.
And the former Aston Villa and Arsenal winger has criticised the Magpies new signing by stating that he would be a better player if he spent less time on body art.
“He’s smothered in tattoos. If he took as much time on the training pitch as lying down on the bed to have tattoos, he’d be the best full back I’ve ever seen,“ said in the Newcastle Chronicle.
Kenedy, 21, moved to St James’ Park earlier this week on a deal which will see him remain on Tyneside until the end of the season as manager Rafa Benitez looks to boost his attacking options.
And the winger, who can also play as a left-back, will be cup-tied for this weekend’s FA Cup match against his parent club.
It means the Magpies faithful may have to wait until the Premier League fixture against Burnley to see their new signing in action at the end of the month.
Kenedy has failed to break into the Chelsea first team, making only five appearances this term, and has also had a disappointing loan spell with Watford back in 2016 where he struggled to impress.
In other Newcastle United news, Magpies make bid for £15m attacker as Ashley makes demands.