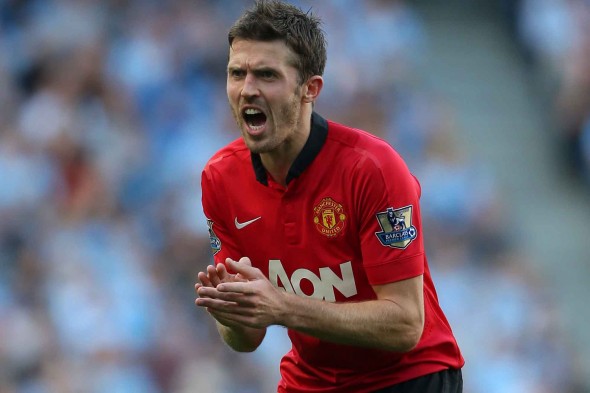 Former Manchester United star Higginbotham claimed on Sky Sports that Carrick’s return to Jose Mourinho’s side in recent weeks has been crucial to United’s improvement in form.

“I don’t think there’s been any surprise that, with Michael Carrick coming into the team, Manchester United’s results have been better,” Higginbotham said.

“That’s because Zlatan Ibrahimovic has got more support. When you see Manchester United in a 4-2-3-1, for me I think it’s more of a 4-1-4-1 and that’s because Carrick has come into the team.”

With Carrick in the United side, Mourinho’s men have won eight out of his 10 league and cup appearances, drawing the other two against Everton and Arsenal.

Sitting deep alongside the likes of Ander Herrera, Paul Pogba or Morgan Schneiderlin, Carrick has allowed his midfield partner to join the attack while providing defensive cover.

The 35-year-old’s presence in the side has seen United score 26 goals in just 10 games, as his defensive experience and quality while in possession both supplements the attack and gives attacking freedom all over the pitch.

After missing Thursday night’s 2-0 Europa League triumph against Zorya in Ukraine, the former Tottenham midfielder is set to start against his old side.

A win for United on Sunday at Old Trafford will see them close the gap on fifth placed Spurs to just three points, as Carrick and the rest of the United squad look to secure a sixth league win of the season.

In other Manchester United news, Spurs boss Mauricio Pochettino has had this to say about Mourinho after a dismal record against the Portuguese manager.