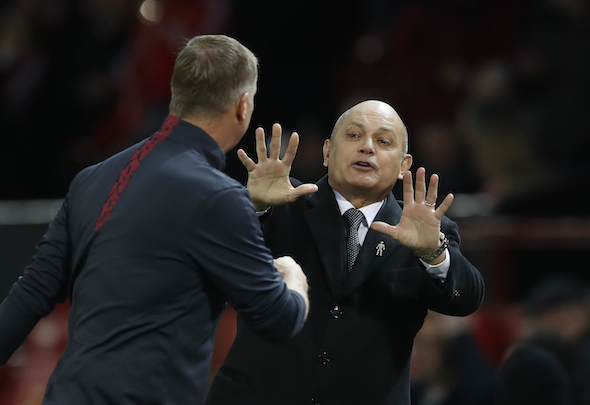 Former Chelsea star and current Sky Sports pundit Ray Wilkins says that Tottenham have a double disadvantage when they face off against the Blues in an “absolute must-win” showdown on Sunday.

The Lilywhites return from the international break to face off against their London rivals at Stamford Bridge in a crunch match for a top-four finish, and go into the game having secured their place in the FA Cup semi finals with victory over Swansea.

Chelsea also made it to the last four of the cup, beating Leicester City, but go into the showdown five points and a place behind fourth placed Spurs in the Premier League table, meaning Wilkins has dubbed it as a pivotal game for the club.

However, he says that having star striker Harry Kane missing through injury, as well as playing away from home, is a blow for Mauricio Pochettino’s men and will play into Antonio Conte’s hands.

He told Sky Sports: “It’s a must-win against Tottenham on Sunday, absolute must-win.

“Tottenham are without Harry Kane, which gives Chelsea the edge.

“Tottenham are in good form; I think Chelsea playing against Tottenham at Stamford Bridge will have the upper hand.”

Wilkins has a point about the Blues having a slight advantage over Spurs, but the pressure is firmly on the home side, which could negate the impact of Kane’s absence and the Stamford Bridge crowd. It promises to be a cracking clash, and fans will be hoping that neither side is too cautious, and go for the win instead of settling for a point, which would neither side much good. A win for Tottenham would put them eight points clear of Chelsea and that is probably enough to guarantee Champions League football for next season, while the reigning Premier League champions may have to settle for the Europa League instead.

In other Tottenham news, the club must snap up a £20million-rated contract rebel who can be Pochettino’s next success story.

‘He’s a great player’ – Spurs told to pay up by Hutton after offer snub: ‘Getting silly now…’