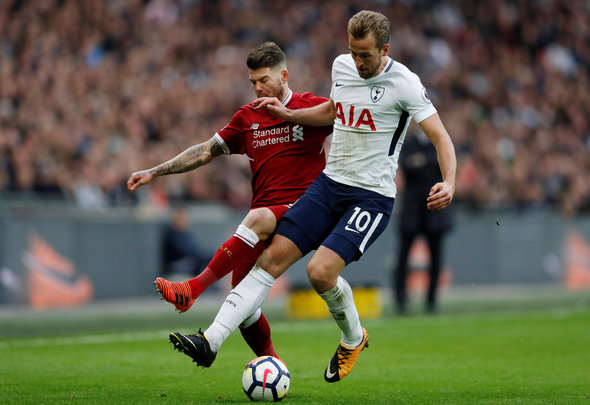 The England forward is currently sitting second to the Egyptian winger having scored 25 top flight goals in comparison to the Reds star’s 29, and has six games to catch up.

Having topped the goal scoring table for the last two seasons, Kane is pushing for a third consecutive personal accolade, a feat which has only been achieved by Arsenal legend Thierry Henry, and Merson is backing the 24-year-old to make history and join the Gunners icon in the record books.

Writing in his column for the Daily Star, he said: “Harry Kane is probably going to win the Golden Boot after having that goal at Stoke awarded to him on appeal.

“He has a big advantage on Mo Salah, because Liverpool will have to rest him now for their Champions League games. Kane is already going to play a game more because Tottenham have a match in hand.

“If he does it, he will be the first since Thierry Henry to win it three years running and that would be a real ‘Wow moment’.

“Whoever wins, you have to say the other guy is an absolute freak.”

Premier League fans have been treated to a real spectacle this season and the campaign is not even over yet. Both Kane and Salah have been in imperious form and both deserve all the praise they are receiving – but only one can pick up the golden boot come the end of the season. Four goals is nothing for Kane to catch up, especially with an extra match, and with Liverpool still having hopes of major European success, Salah could well have to concede defeat for the good of the team. Either way, the pair have been brilliant, and here is hoping that they can continue their rivalry into next season.

In other Tottenham news, Chris Sutton has slammed Kane over a shock reveal.