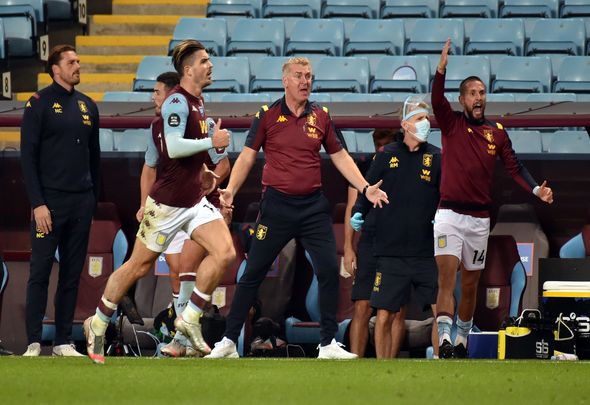 Dean Smith will be “really upset” Aston Villa allowed Danny Welbeck to score a breakaway goal in Saturday’s 2-1 defeat to Brighton, according to Alan Hutton.

The former Villa and Scotland full-back, speaking exclusively to Football Insider assistant editor Russell Edge, has insisted the manager will be working closely with his defenders on the training ground to make sure they do not concede in a similar manner in the future.

Welbeck raced onto a through ball from inside the Brighton half to break away from the Villa defence and open the scoring on Saturday afternoon. 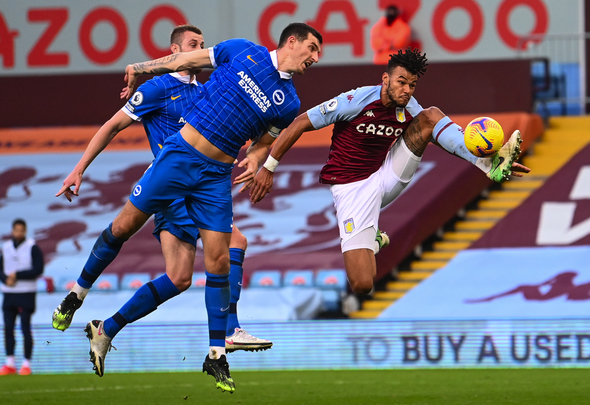 The defeat, which came after an impressive 3-0 win over Arsenal, was the Villans’ third in four games.

Hutton has admitted his old manager will have been fuming with the defending and suggested there would be drills taking place in training to prevent it happening again.

Hutton told Football Insider: “I’ve watched it back a number of times, I just think if they talk to each other, Mings gets sucked in to throw, I think if he moves back and covers Welbeck and gets the midfielder across, it probably doesn’t happen.

“It’s one of those things – he switched off for a second and then before you know it, the ball’s over the top and you’re never gonna catch him. Take nothing away from Danny Welbeck, the run and the finish was exquisite, it was him of old.

“I think defensively they could have been stopped. Everybody has to come over, Matty Cash has to come over – I’m sure Dean Smith will be going over that this week in training saying: ‘This cannot happen,’ because I know they work hard on things like that.

“He would be really upset that they’ve scored a breakaway goal. It was just a lapse in concentration and I presume they’ll fix it and it won’t happen again.”

In other Aston Villa news: ‘It’s only going to get worse’ – Hutton reveals fears over ‘Unbelievable’ player problem.