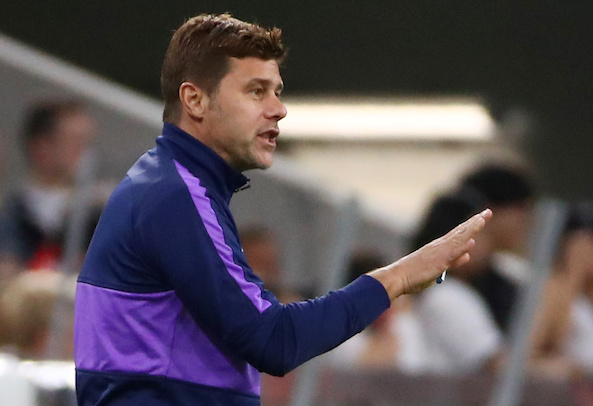 Danny Mills has suggested there are issues behind the scenes at Tottenham this season involving senior stars Christian Eriksen and Jan Vertonghen.

Speaking exclusively to Football Insider, the former Leeds and England defender says that there are clearly problems building around the two first-teamers after both were left out of the starting XI against Newcastle United.

Eriksen returned to the starting line-up against Manchester City before dropping to the bench, while Vertonghen remained as an unused substitute after failing to appear once this season.

Mills says there are quite obviously some problems which have arisen towards the end of pre-season and into the start of the new campaign, insisting that Tottenham should be on top of the issues at hand.

Mills told Football Insider: “I find it very strange Mauricio Pochettino comes out and says his squad is unsettled. There’s only one player in that squad slightly unsettled and that’s Christian Eriksen, maybe Jan Vertonghen.

“I don’t understand – there’s less than a week to go in the European transfer window, he’s either going or he’s staying and Tottenham should be well aware of the situation, what’s going to happen. Why should one player unsettle to club?

“Clearly there’s something not right at Tottenham behind the scenes. The Eriksen situation, little bit of Jan Vertonghen – Tottenham should have learned their lesson by now.”

Eriksen has been heavily linked with a move away from north London this summer, having spoken about wanting a new challenge in his career, but has still played in the opening three games.

Vertonghen meanwhile was left out entirely of the matchday squad against Aston Villa on the opening day of the season, returning to act as an unused sub versus Manchester City and Newcastle.

In other Tottenham news, Darren Bent has revealed to Football Insider that he was shocked premier League sides did not snap up an available Spurs star.