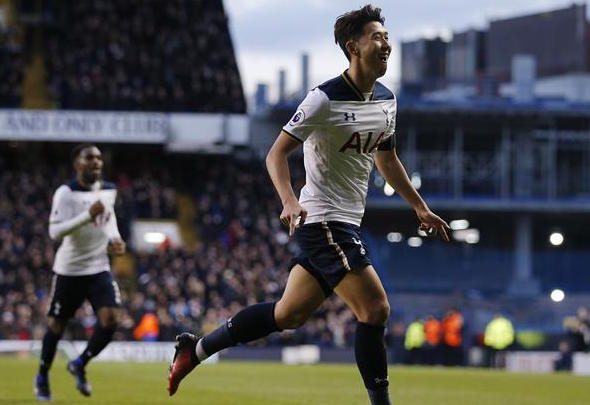 Son Heung-Min is confident that Tottenham are “strong” enough to challenge for both the Premier League title and the Europa League this season.

The north London club can qualify for the Europa League if they pick up at least a point in their final Champions League group game against CSKA Moscow on Wednesday.

The South Korea forward insists that the club can challenge effectively on multiple fronts, despite recent history suggesting otherwise.

Tottenham have so far failed to progress further than the Europa League quarter-finals. But when Andre Villas-Boas’ Spurs side reached the last eight in 2012-13, their domestic campaign suffered, and they failed to qualify for the Champions League.

However, Son is confident that it won’t be a case of deja vu for Tottenham. He told the Standard: “We are a strong team, everyone can play in every competition. It is very important.

“If we play in the Europa League, it won’t stop us finishing in the top four or five.

“It is really important to stay in European competition because we are out of the Champions League. For players, it is better when you play games. Wembley is a special stadium and we need to look forward to feeling comfortable there.”

If Tottenham do end up in the Europa League, their rest time between games will become even shorter, as they will be required to play European games on Thursday nights.

Fatigue becomes a major factor, and Pochettino will face as tough a task as ever to maintain the fitness of his squad.

Spurs finished third in the Premier League last season, their highest finish in the competition for a number of years, but they began the current campaign looking to match, if not better, the result.

However, despite losing just once from 14 league games this season, Tottenham find themselves in fifth-place, three points adrift of the top four.

While Tottenham have had a mixed start to the campaign, Son has been in impressive touch. From 16 games in all competitions, Son has contributed six goals and five assists.

In other Tottenham news, Spurs have joined Liverpool in the hunt for highly-rated Dortmund winger, Christian Pulisic.