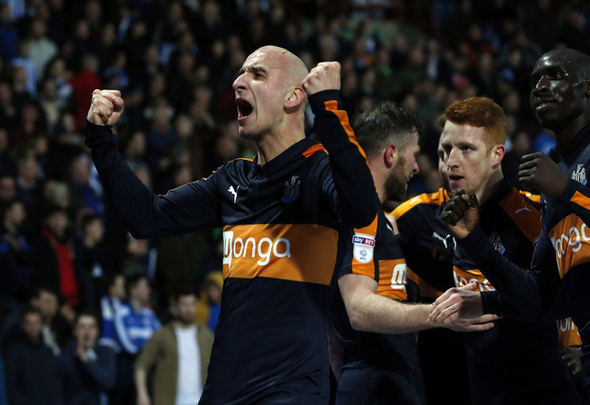 Former Newcastle United manager Graeme Souness has said that midfielder Jonjo Shelvey has the ability to play for England.

The 25-year-old returned to the Magpies’ starting XI on Sunday in their 1-1 draw against Liverpool at St James’ Park and had an immediate effect.

The former Red played a defence splitting pass for Joselu to net an equaliser for the Magpies after Phillipe Coutinho had given the away side the lead with a thunderous strike.

After starring on his return, Souness insisted that if Shelvey could get his disciplinary issues behind him, he should be considered for an England call-up, having already picked up six caps in the past.

Speaking on Sky Sports (01/10, 18:30) after Sunday’s game, the former Liverpool man said: “If he got his act together there would be a shout for him to get back into the England squad.

“There are lots of midfielders who are about possession but he wants to hurt you all the time [with a pass].

“There’s so much to like about him and he’s got so much to offer – he will stand up to someone, he has a pass, he has technique – but he has the exploding head he must control.”

Shelvey was making his first start for the club on Sunday after seeing himself dropped to the bench following his red card on the opening day of the season.

His stamp on Dele Alli in the club’s 2-0 loss to Tottenham saw him sit out three games through suspension, with Isaac Hayden and summer signing Mikel Merino preferred on his return.

As a result he has made just four appearances this season, two of which have come in the starting XI.

After their disappointing Euro 2016 campaign England are still ranked as one of the world’s top international sides, sitting 15th in FIFA’s world rankings, ahead of the likes of World Cup winners Uruguay and Italy.

In other Newcastle United news, injury has ruled out one of Newcastle’s top stars.