Celtic have been handed a major boost in their pursuit of West Ham rising star Veron Parkes after official Premier League confirmation of his availability.

Football Insider exclusively revealed last month that the 18-year-old had decided to leave the London club after rejecting their offer of a professional contract.

Official confirmation that West Ham’s attempts to tie Parkes to a new deal have fallen flat has come in the last 24 hours with the Premier League clubs publishing their official retained lists.

It is confirmed that Parkes has been offered a professional contract by the Londoners but failed to accept it.

A recruitment source has told Football Insider that the young striker made up his mind many weeks ago to quit the London Stadium when his scholarship deal expires at the end of this month.

He wants to join a club where he has a realistic pathway to senior football and is very attracted to the possibility of joining Celtic.

Parkes and his camp have noted the huge impact made by Jeremie Frimpong since he quit Man City last summer to move to Parkhead on a four-year contract.

Parkes does not want to waste all of his teenage years playing Under-23s football and has set his sights on a move north of the border or to the Continent.

Celtic face competition for his signature from clubs in England as well as those abroad like Ligue 1 outfit Monaco, MLS side New York Red Bulls and Dutch duo Fortuna Sittard and Heerenveen. 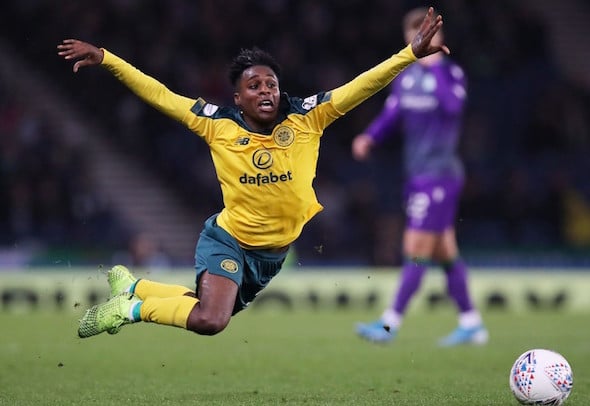 Significantly, Parkes is available for just a minimal compensation payment and cross-border rules mean the Hoops would not have to pay more than £300,000.

Parkes has excelled for West Ham’s youth sides this season, scoring 13 goals and providing six assists in just 19 games for their Under-18s and Under-23s.

In other Celtic news, the club have been tipped by insider to sign McGregor’s pal if Elyounoussi deal collapses.