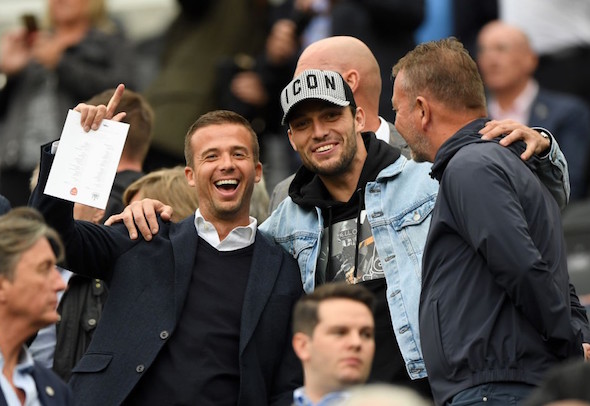 Andy Carroll is closing in on his long-awaited second Newcastle United comeback but tonight’s clash against Brighton might prove too early for him, Football Insider understands.

The 6ft 4in striker is back in full contact training and Steve Bruce revealed at his media conference yesterday that he is closing in on a return to first-team football.

A Newcastle source has told Football Insider that Bruce was still making up his mind overnight on whether to name Carroll on the substitute’s bench for the home clash that kicks off at 5.30pm.

He is eager to have the option of the 30-year-old’s physicality and excellence in the air, but is wary of him being pushed back into the team before he is fully ready.

Carroll is in contention to feature against Brighton, but Bruce may still omit him from the matchday squad and hold him back for the trip to Leicester City on Sunday week.

The Toon faithful are eagerly anticipating the second debut of the hometown idol, who emerged from the club’s ranks to play 90 times, in which he scored 33 goals.

Carroll’s first spell at St James’ Park came to an end when he signed for Liverpool in a then-British record £35million deal in 2011.

He rejoined in the summer on a pay-as-you-play deal after being released by West Ham but has yet to feature for Newcastle after undergoing an ankle operation at the end of last season.

Carroll last played in Premier League in February, scoring the most recent of his 53 top-flight goals came in April 2018.

In other Newcastle United news, it can be REVEALED that the club are set to take a multi-million hit on colossus after Leeds United bid.