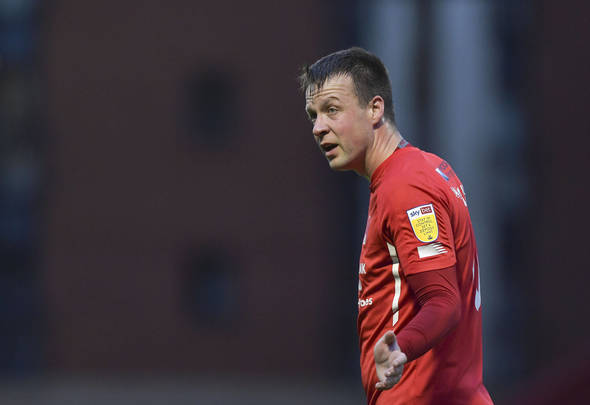 The defender, 32, is out of contract at Leyton Orient at the end of this month.

A recruitment source has told Football Insider Southend have agreed a deal to sign the centre-back when he leaves the O’s.

Orient confirmed Coulson would be leaving the club when they announced their retained list last month.

The Cambridge-born defender made 24 appearances across all competitions during the 2020/21 campaign.

He missed just five of the club’s opening 25 league games up until the end of January.

However, Coulson fell out of favour under former manager Ross Embleton and did not feature in his final five games in charge.

He also failed to make a single appearance under interim boss Jobi McAnuff.

Coulson is now set to drop into the National League with Southend.

The Shrimpers finished second bottom of League Two to drop out of the Football League for the first time in 101 years.

Coulson is an experienced campaigner in non-league football, with 182 National League appearances under his belt.

He started his career at Cambridge United and made 215 appearances for his boyhood club before joining Leyton Orient.

He helped the O’s climb back into the Football League during his first full season at Brisbane Road.

He played a total of 124 times and scored nine goals for the O’s.

Orient finished 11th in League Two during the recently-concluded campaign and have appointed Kenny Jackett as manager for next season.