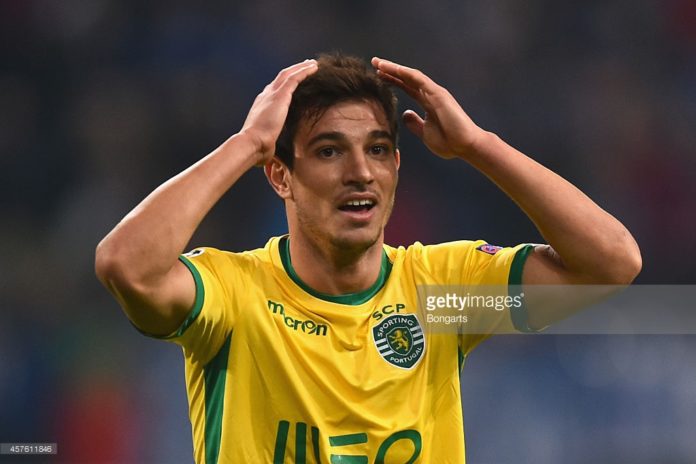 The Portugese right-back is expected to replace Nathaniel Clyne, who is closing in on a move to Liverpool.
As revealed by Football Insider on Wednesday, Liverpool have made an improved bid for Clyne of around £14.5m.
The Saints have prepared for the England international’s likely departure to Anfield by working on a deal to sign Soares from Sporting Lisbon.
The 23-year-old Portugal international is set to sign a four-year contract at St Mary’s and undertake a medical at the club in the coming days.
Soares has made 67 appearances for Sporting after graduating from the club’s youth academy and making his debut as a 19-year-old in 2010.
He has represented Portugal at every level from U16 upwards, gaining 72 youth caps in total, and has picked up three senior caps since his full international debut last year.
The signing of Soares would mark Southampton’s second inside a week after recruiting the Spain striker Juanmi on Tuesday.
Juanmi, 22, became Ronald Koeman’s first signing of the summer after being signed from Malaga for a fee of £5m.