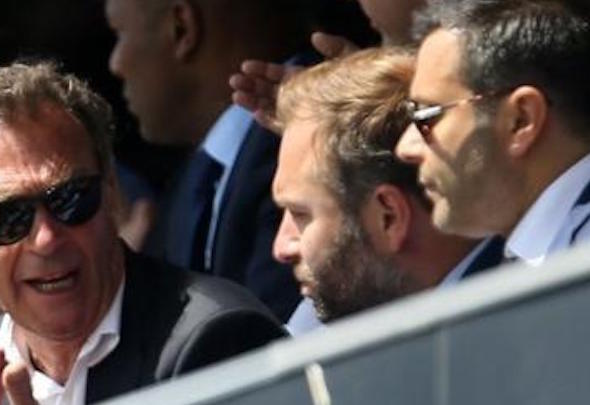 Leeds are set to end their 18-month wait to land a new director of football, according to a report.

The Spaniard was pictured alongside new Leeds joint owner Andrea Radrizzani during the club’s  2-0 defeat to Newcastle in November.

Bravo has been previously mooted to fill the director of football role at Elland Road that has been vacant since Nicola Salerno left the club in June 2015.

Bravo has been working at the Qatar-based Aspire academy since 2011, a job which has entailed providing a production line of talent in the country ahead of them hosting the 2022 World Cup.

It was reported in September that Leeds were close to appointing Italian Francesco Marroccu to the director of football role after he was a regular visitor to the club’s Thorp Arch training headquarters.

But that possibility appears to have been shelved as Leeds now close in on Bravo, who was in charge of overseeing Real’s objectives on and off the pitch while he was in Spain.

It was announced this week that joint owner Massimo Cellino has sold a 50 per cent stake in the Yorkshire club to sports media mogul Radrizzani.

The appointment of Bravo would provide Leeds with a link between the boardroom and manager Garry Monk as Cellino has been hit with an 18-month ban from football that comes into effect on 1 February.

Bravo could be the second Spaniard to clinch a permanent move to Leeds this month as playmaker Pablo Hernandez is close to joining from Middle East side Al-Arabi.

Leeds are fifth in the Championship heading into their next fixture, which is an away match at Cambridge United in the third round of the FA Cup on Monday night.

A well connected football man, who is used to dealing with agents and brokering deals for players, is just what is needed now the January window is open for business. With Leeds fifth in the table, flying and promotion suddenly a realistic possibility, strong efforts must be made in January to buy two or three players that will give Monk the opportunity to storm back to the Premier League after 13 years in the wilderness. Bravo, who is currently working as the director general of the Aspire academy in Qatar, could hold the key. He can be the link between the boardroom and the dugout, sourcing the players, brokering the deals and providing Monk with the goods to reach the promised land of the top flight.