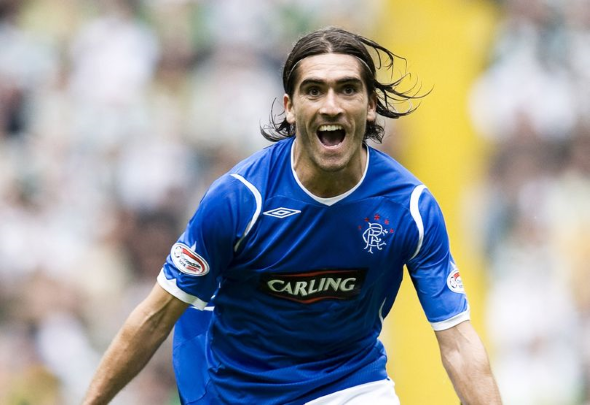 Former Rangers star Pedro Mendes has revealed Glasgow was one of the best cities he played in during his career – and admitted Gers legend Walter Smith was a “special manager.”

Mendes played under Smith during his second spell as Gers boss and couldn’t speak highly enough of the Ibrox legend.

The Portuguese midfielder joined the Gers in 2008 and spent two years at Ibrox before returning to Portugal with Sporting Lisbon.

The former Spurs and Portsmouth star thinks Smith’s man-management was “special” and called the Gers legend a “very special man.”

“My family loved Glasgow and it is probably one of the best cities that I lived in during my career,” Mendes said, as quoted by the Daily Record.

“Walter was a special manager. It is hard to describe or put into words what he was really like – he just had a unique way about him.

“His man-management was special, his training was unique and every player that worked under him absolutely loved him.

“The biggest compliment I can give Walter is that he is just a very special man.”

During his time at Ibrox, Mendes won the Scottish Premiership and made 50 appearances for the Light Blues.

There aren’t enough words to describe just how important Walter Smith has been to Rangers over the last 30 years. The iconic Gers boss has a trophy-haul with very, very few equals anywhere in top-flight football and worked with some of the very best players to grace Scottish football. That so many continue to speak so highly of Smith speaks volumes to how highly respected he is by his former players and fans alike. While Smith is now enjoying life in retirement, the Light Blues would give anything to have a man of his stature back at Ibrox.