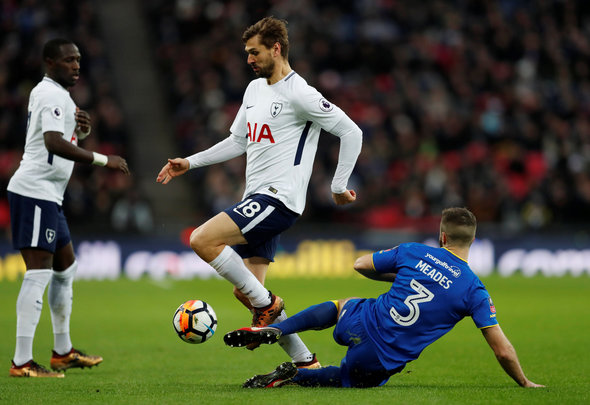 Fernando Llorente was left out of the Tottenham side that beat their fierce North London rivals Arsenal 1-0 on Saturday and what’s more, he didn’t even make the bench.
News of the Spurs striker’s omission by Mauricio Pochettino left the supporters unsurprised with many feeling that the manager’s decision was a sign of thing to come for the Spaniard, and took to Twitter to express their sentiments on the Llorente no-show.
The 32-year-old only moved to the capital in the summer for an undisclosed fee from Premier League side Swansea and has a contract with the Lillywhites until 2019.
However, two goals in 25 appearances in all competitions is not a good enough return for a side attempting to make the top-four Champions League places, especially when compared with the statistics produced by Harry Kane and Son Heung-Min.
Spurs went third with their 1-0 win over Arsenal and showed that with the strength in depth the side has, they have very little need for the former Swans forward, who has offered very little in the outings he has made.
Tottenham have a huge match on Tuesday to play against Italian giants Juventus in the Champions League and if his name is not in the squad for this tie, it could cement the feeling that Llorente’s days in North London are numbered.
Here is what supporters replied when asked what the striker offered Spurs:

Decent hair but then he had it cut, so nothing

After that FA Cup horror show he surely can't be surprised.

Strange signing imo, we don't cross or play long as a rule, maybe he was the plan b signing but then u need to play to his strengths and when he's on we still play on the ground

He was back up earlier in the season but it was not needed , and now we have a fully fit squad he is right at the bottom of the pecking order, he won't be the only one either , we can only name 7 subs remember…

has to go in the summer, his chance was Newport… and he blew it