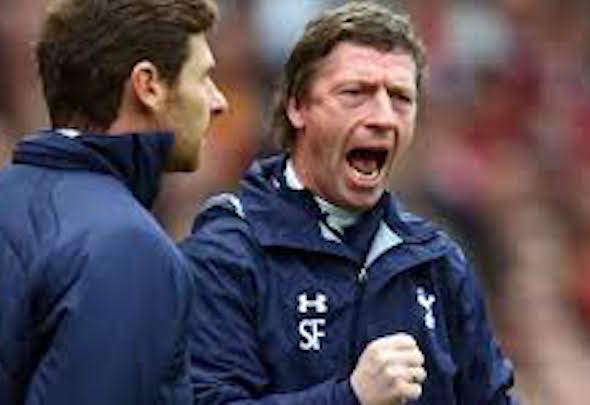 Steffen Freund has predicted Tottenham will win three of their four final matches of the season.

But the former Spurs assistant coach believes Leicester will secure the Premier League title by one point on the final day of the season.

Leicester have a five-point lead over Mauricio Pochettino’s side with four matches of the campaign remaining.

The league leaders host Swansea at the King Power Stadium on Sunday – without the suspended Jamie Vardy – and Spurs then play West Brom at White Hart Lane on Monday night.

Freund was a guest on Sky TV show Soccer Am on Saturday morning and was asked to nominate the result for each of the two clubs’ final four fixtures of the campaign.

Freund then turned his attention to Tottenham, predicting a “win” against West Brom and then a dramatic “win” at Chelsea, with “a 94th minute Harry Kane winner, 2-1, most important win of the season”.

The 46-year-old predicted a win for Spurs at home to Southampton but then a “draw” at Newcastle in their final match of the campaign.

By Freund’s reckoning, Leicester would end the season with 79 points, Spurs with 78 points and Ranieri’s side would win the league by a single point.

“Jesus,” joked Freund to Soccer AM when told how the final outcome. “Don’t talk about pundits.”

Freund, who now works as a TV pundit, is well placed to give an opinion due to his links to the two clubs. He was a cult hero during his five years as a midfielder at Tottenham before ending his playing days at Leicester.

He then returned to White Hart Lane to be the No2 to former manager Andre Villas-Boas, before taking on a technical role at the club.

In other Tottenham news, Steven Gerrard has explained why this weekend’s top-of-the-table fixtures are “monumental”.