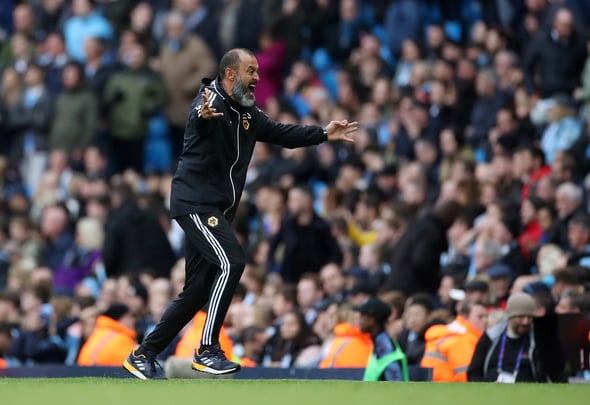 Danny Mills has heralded Wolves manager Nuno Espirito Santo for his management and tactics in the 2-0 win away at reigning Premier League champions Manchester City.

Speaking exclusively to Football Insider assistant editor Russell Edge, the former City and England defender says that the Molineux outfit replicated their impressive performances shown last season, having pulled off some excellent results on the way to a seventh-placed finish.

A brace from Adama Traore was enough to seal a victory for Nuno’s men, who have now won their last two top-flight games after going the opening six without victory.

Mills says that the adaptive tactics from Nuno were crucial to Wolves’ success at the Etihad Stadium, singling out the Portuguese boss for high praise after overcoming Pep Guardiola’s side.

Mills told Football Insider: “They came and did a job, we saw that last year. They stepped it up, it was tweaked throughout the game and that’s all credit to the manager.

“They got a bit higher on confidence, playing against Manchester City, sometimes you raise your game. Yes, City weren’t at their sparkling best but they still nothing aside to win that game quite comfortably.

“All credit to Wolves. You’re thinking: ‘Manchester City at home, after what they did to Watford – yep, that’s a home win.'”

Wolves, who were only promoted back in 2018, sit 11th in the Premier League table with four draws and two defeats to add to their two victories, with three successive wins across all competitions after a dramatic clash against Besiktas in the Europa League.

Nuno has taken charge of 115 games during his time at Molineux, picking up an average of 1.88 points per game, having joined from Portuguese giants Porto back in 2017.

In other Wolves news, Jackie McNamara has been left raving over one Molineux ace who has been a “great signing” for the club.