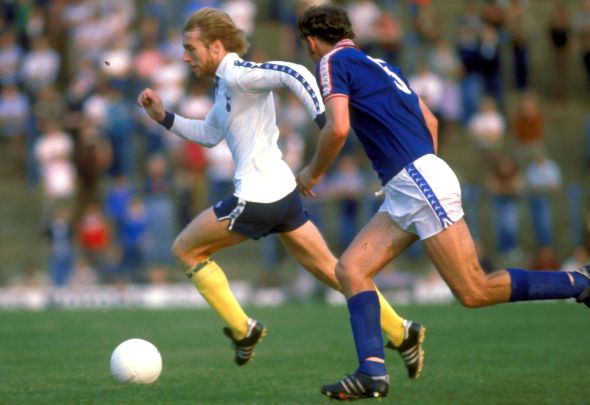 Ex-Tottenham striker Steve Archibald has congratulated the club after their 1-0 win against CSKA Moscow on Tuesday night.

The 60-year-old was delighted with the 1-0 Champions League win, as he believes going to play away in Russia was a difficult task for Spurs.

Archibald, who also had spells with Barcelona, Benfica and Aberdeen in his illustrious career, claimed on his personal Twitter account that Spurs’ three points were made better by winning in “a very difficult environment.”

Big congrats to @SpursOfficial great result away from home in a very difficult enviornment, well done the chaps 👌

The win was secured in the second half after a defence-splitting pass from Argentinian Erik Lamela found in-form attacker Heung-Min Son in acres of space.

The South Korea international squeezed the ball past onrushing goalkeeper Igor Akinfeev to secure a 1-0 win, and Archibald was delighted with the victory after turning 60 on the same day.

Son’s winner secured a fourth win on the bounce this season for Mauricio Pochettino’s side, despite being without Harry Kane, Moussa Sissoko, Eric Dier, Mousa Dembele and Danny Rose.

Archibald was a prolific striker back in his Tottenham heyday, scoring 74 goals in 189 league and cup encounters between 1980 and 1988 before moving to Barcelona where he played with Mark Hughes and Gary Lineker.

In other Tottenham news, Ossie Ardiles has made this prediction ahead of Sunday’s showdown against City.