Steve McClaren has not ruled out the possibility of a return for Chris Evans but admitted it wasn’t something Derby were focusing on at the moment.

The former head of football operations was involved with Derby between November 2013 and September 2015 and worked alongside McClaren.

However, the new Derby manager has admitted the main focus of the club is on matters on the pitch at the moment and will not be looking to bring in further support just yet.

“At the present moment, I think it is something that is definitely on the back-burner,” said McClaren, as reported by the Derby Telegraph.

“To be perfectly honest, we’ve got a lot of work to do on the field before we think of that. I’m purely assessing at the present moment. I’m delighted with the staff I’ve got.”

Evans worked alongside McClaren during the manager’s first spell with the club and eventually resigned from his role in September 2015 when Paul Clement took charge.

He was part of McClaren’s backroom staff, appointed in November 2013 and was involved in the club’s player recruitment process. 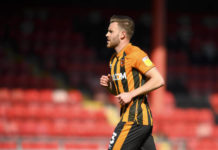 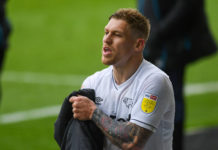 Sources: Duffy unlikely to play for Celtic or Brighton again as move on the cards