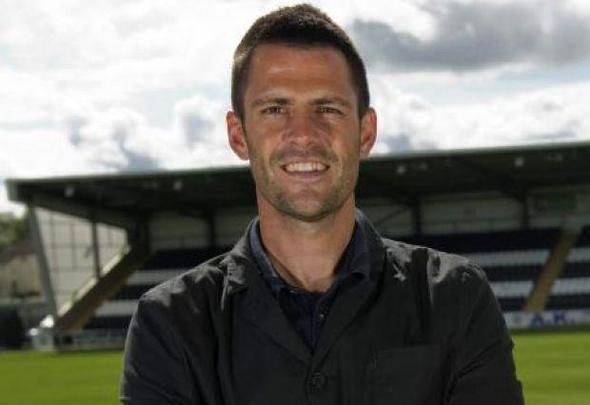 BBC Scotland pundit Steven Thompson has claimed that Jason Cummings will not start for Rangers in this weekend’s Old Firm clash with Celtic despite scoring a hat-trick against Falkirk on Sunday in the Gers 4-1 Scottish Cup romp.

Cummings could have scored all four had the Gers’ third strike not been deflected into the back of his own net by Falkirk’s Aaron Muirhead.

The 22-year-old forward replaced Jamie Murphy after he was ruled out with a foot injury but the winger could return to the side on Sunday.

Thompson expects Murphy to return and doesn’t think Murty will take out Alfredo Morelos instead to accommodate Murphy.

“No. Jamie Murphy will come back in“, Thompson said on BBC Sportscene Extra’s Facebook Live broadcast.

Cummings has scored six times in ten games since joining the Gers from Nottingham Forest on a season-long loan in January.

Murphy has recently hit top form following his arrival at the Gers with three goals in three games before being injured against St. Johnstone last week.

Thompson is probably right and if Murphy is fit he will come back into the starting XI at Cummings’ expense. Cummings is a real threat and will be champing at the bit to make his Old Firm debut and have a crack at Brendan Rodgers’ side. The 22-year-old is never short in confidence in his own abilities and will back himself to hit the net against the champions and help Murty’s side to a massive win. Murphy’s return would be a no-brainer given the defensive work he does in addition to his threat going forward. While it might be a headache for Graeme Murty, it is will he’ll be happy to have.