Rangers manager Steven Gerrard will be “pulling his hair out” after reportedly failing in his efforts to sign Liverpool midfielder Pedro Chirivella this summer, according to Noel Whelan.

The former Leeds and Aberdeen striker, speaking exclusively to Football Insider assistant editor Russell Edge, believes the Gers’ boss will questioning how he is expected to try and catch Celtic if he is not backed by the board.

Speaking on the Transfer Window podcast, journalist Duncan Castles claims that the financial situation at Ibrox means the club have been unable to sign the 22-year-old despite him being available on a free transfer this summer. 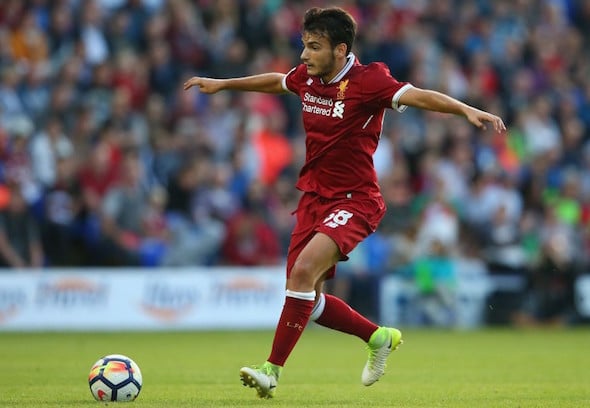 It is said that Chirivella’s wages would be at most £15,000-a-week and that Gerrard has been pushing hard to make him part of the Gers’ squad next season.

Whelan admits it is a worry the Glasgow giants are struggling to pull off a free transfer and suggests Gerrard is growing frustrated at Ibrox.

Whelan told Football Insider: “When you think about how it’s £15,000-a-week and there’s no fees, you’ve got to look at it as an investment.

“£15,000-a-week is not that much these days, it really isn’t. That’ll probably be average, if not below, what they’re getting paid, especially at a big club like that. I would expect that to be a snip.”

Speaking on the Transfer Window podcast, Castles said: “This would be a free transfer because he would be moving across national borders, even though the wages I think are going to be a maximum of £15,000 per week, probably less, Rangers haven’t been able to complete that deal.

“That I’m told is regardless of the fact that Gerrard is pushing very heavily to sign the player and install him in Rangers’ midfield for next season. They’ve had to aggressively rethink their transfer policy for the coming season I’m told and can’t do deals of any great financial significance.”