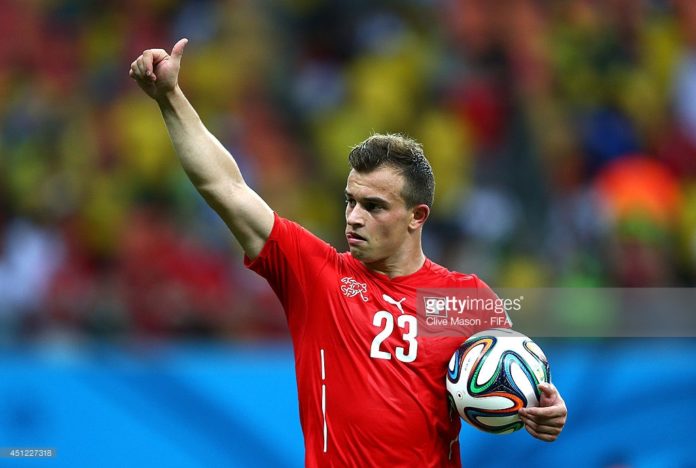 The Premier League club are now putting together a package to entice the Switzerland star to the Britannia Stadium this summer.
Football Insider sources understand Stoke have outbid Everton for Shaqiri after learning that Inter were willing to listen to offers for the 23-year-old.
The Serie A club have accepted an offer for the attacking midfielder and Stoke will now try to persuade him to make the move to Staffordshire.

Shaqiri , who was a target for Liverpool last summer, turned down a move to the Potters in January in favour of signing for Inter from Bayern Munich.

He has four years remaining on his contract with the Italian club but scored just one goal in 15 Serie A appearances, eight of which were starts.

Shaqiri would become Stoke’s record signing if the deal goes through, but it now hinges on them putting together a package to convince him to move.