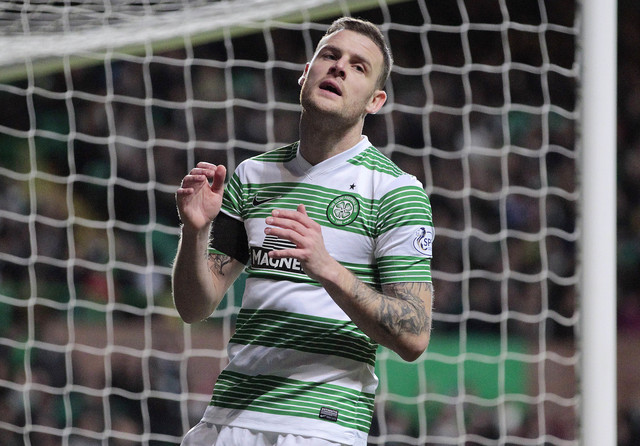 Former Celtic striker Anthony Stokes has agreed to return to Hibernian, according to Sky Sports Scotland.

The broadcaster have claimed on their Twitter account that the experienced striker, 29, is set to move to the Edinburgh club from Blackburn Rovers.

Stokes has an excellent track record in Scottish football but made little impact at Rovers last season as they suffered relegation from the English Championship.

Sky report that the Republic of Ireland international is now in line for a third spell at Hibs after initially joining them in the summer of 2009 from Sunderland.

Stokes returned for a second spell in the second half of 2015-16 after Celtic sanctioned a loan move to the then second-tier outfit.

The forward scored 10 goals in all competitions while on loan, including a double in the cup final triumph over Rangers, and has accumulated 35 goals from 73 Hibs appearances in total.

He also has an excellent record at Celtic, where he struck 76 goals in 192 appearances for the club during his six-year spell before leaving last summer.

Stokes courted controversy at Parkhead and was suspended for two weeks in December 2015 after criticising then manager Ronny Deila on Twitter.

The trouble resulted in Celtic shipping him out on loan to Hibernian and, although the Republic of Ireland international spoke about his desire to be part of Brendan Rodgers’ new look side, the Hoops did not take up their option of a one-year extension.

In other Celtic transfer news, Football Insider has revealed the Hoops are in the hunt to sign a dazzling attacking midfielder as late window interest to reach fever pitch.