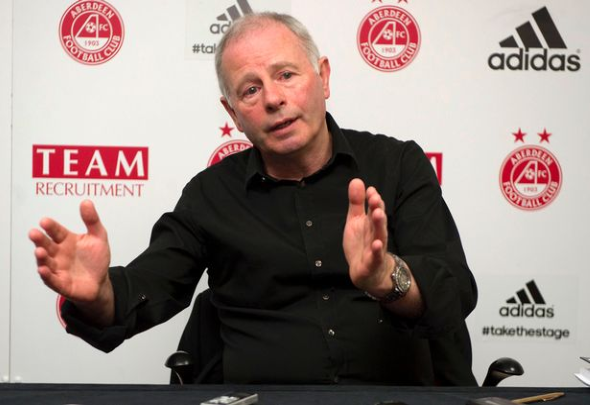 Aberdeen chairman Stewart Milne has backed the decision by the Scottish FA to reject calls for another independent inquiry into Rangers’ financial meltdown in 2012 and believes clubs must stop “dwelling on the past.”

Scottish FA compliance officer Tony McGlennan is set to investigate whether Rangers should have been issued a licence to play European football in 2011 after court testimony during the trial of former Gers owner Craig Whyte contradicted information given by the club to the SFA at the time.

Milne is one of the top-flight club chairmen that has backed the Light Blues in this case.

“I have said it previously and I will say it again: there has been too much negativity in Scottish football for the last few years and it is not healthy for the game,” the Dons’ chief said in a statement released to PA Sport, as quoted by The Scotsman.

“Both the SPFL and Scottish FA engaged top-level QCs to give advice on the situations presented to them and dealt with by them.

“We now must focus our collective efforts on taking Scottish football forward and stop dwelling on the past.

“It is my wish that we all work together to make this happen.”

The SPFL have proposed a review of the handling of Rangers entry into Administration and then liquidation but – like the SFA – have refused to consider re-opening disciplinary proceedings against the Ibrox club despite the Supreme Court finding that the club’s use of Employee Benefit Trusts were taxable.

A group of fans have proposed crowd-funding a Judicial Review of the entire process alleging Rangers deliberately cheated despite an independent inquiry by Lord Nimmo Smith ruling the club gained no ‘sporting advantage’ by managing it’s tax affairs in such a manner.

In other Rangers news, Caixinha has set a very ambitious target for his home-grown stars.

We’ve launched a << BREAKING NEWS FEED>> exclusively for your club. ‘Like Us’ on Facebook by clicking here if you want 24/7 updates on all Rangers news.